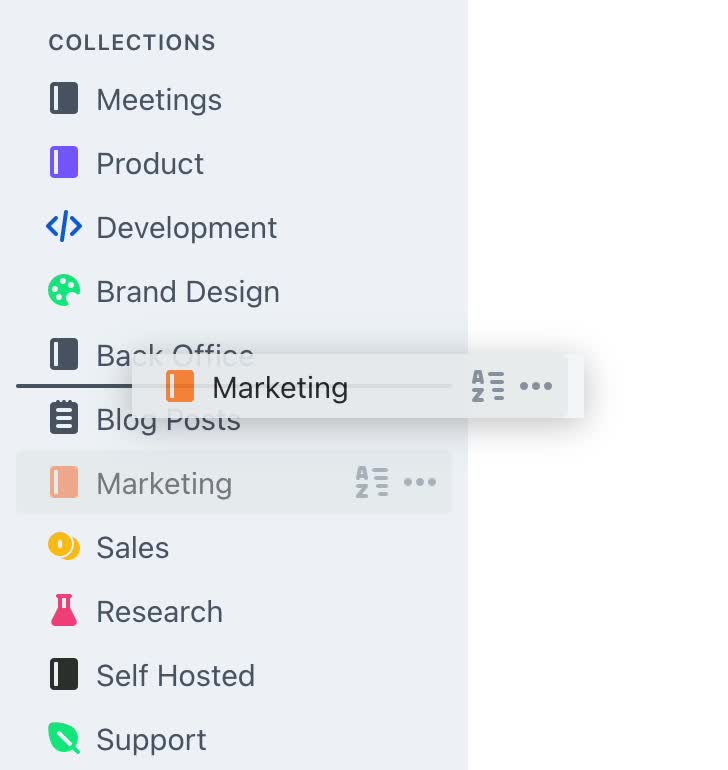 Building on our sidebar improvements from the start of the year, it's now possible to reorder collections in the sidebar as a team admin – changes to the sidebar are synced to all team members. We also added reordering of list items in documents with a new drag and drop handle or the handy ALT+Up/Down shortcut.

Other fixes and improvements